Additionally, the scene in which Larry and her lie still on the ground, neglecting their “gymnastics”, has been alleviated.

In order to squeeze the last 20 Dollars out of Twani, Larry has to carve a wooden sculpture and sell it to her while being dressed as a native. At this, there is a DISTINCT difference regarding the results of Larry’s carving. Also, the description is a different one.

Furthermore, the dialogue with Twani is different, which reveals explicitly what the statue is really good for.

The scene showing the dancer Cherri has been massively shortened, too. Any explicit views of what the two do together are missing; the light is being switched off immediately (not only after the action). 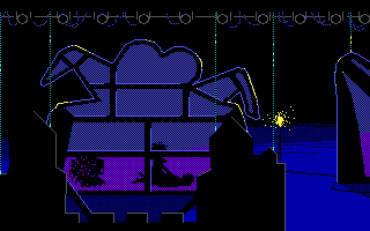 After Larry has undressed himself at his locker, he walks through the dressing room in this condition. The uncensored mode shows Larry being fine with showing his full package. In the censored mode, however, he covers it with his hands.

The most beautiful view can be seen in the shower: from below through the transparent floor. However, the censored mode features a black bar at the strategically important area.

After you have finished with your training, Larry is able to seduce the Aerobic-dancer named Bambi. The scene showing them at the tanning bed, however, has been diminished by all movements. 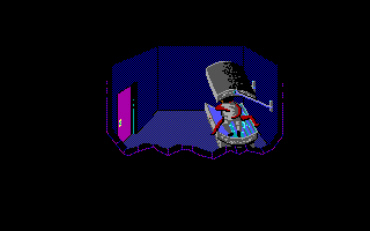