0:26:59
Carol, the pickaxe and her dead husband: after a group of zombies reduced the number of camp-residents, the survivers have to destroy the brains of their dead friends the next day. To save ammunition, Daryl uses a pickaxe. Just when he wants to "kill" Ed, his wife Carol takes over. Normally she should only destroy the brain but first she smashes her husband's jaws.
8.84 sec. 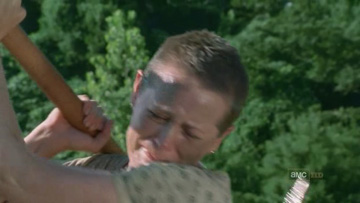 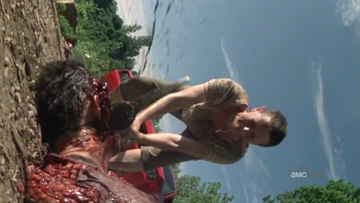 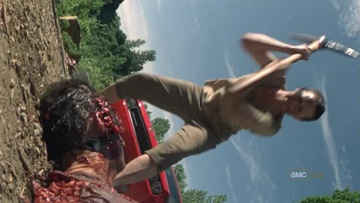 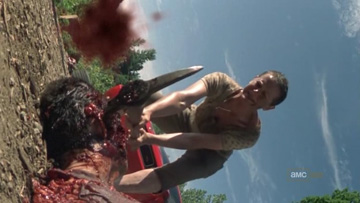