A shot where you only see the soldier's legs (who are directed by Craft using the proton beam) was cut out. The following scene misses out on the first 2 frames. 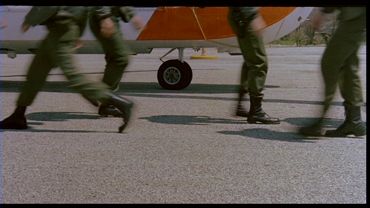 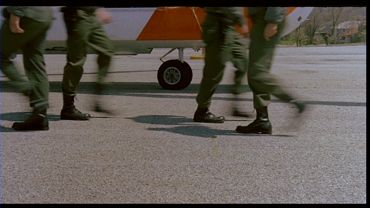 In the 3L-version this scene is trimmed down to the last 1.5 seconds where the men leave the screen.
You don't see Craft directing them back and forth. 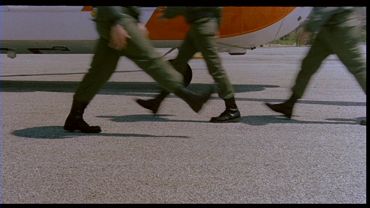 This shot is considerably longer: H7-25 crawls back out from under the table and holds the proton beam in his hands - he grins. Then follows a short clobbering. After a close-up shot of the proton beam the scene where 2 soldiers accidentally hit each other (Craft ducked down) is repeated several times. Then Bud Spencer lunges out. The 3L-version also misses out on the first 2 frames of the following scene, however, you do see how Bud hits him in the face. 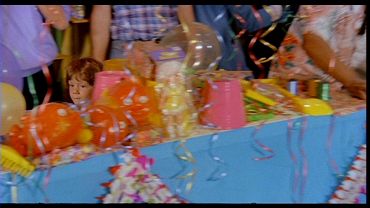 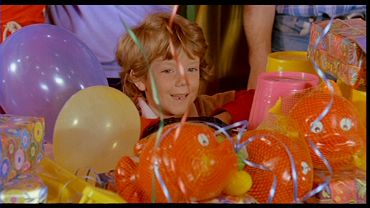 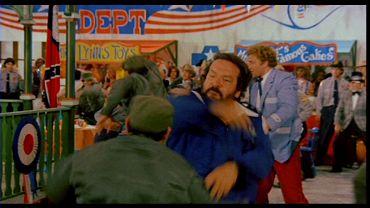 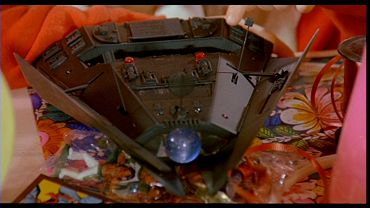 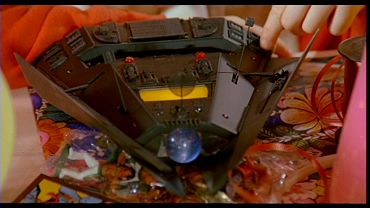 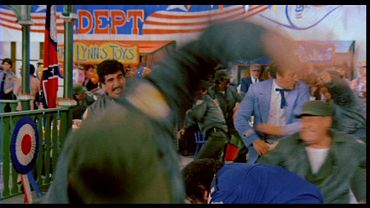 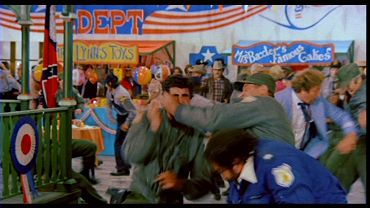 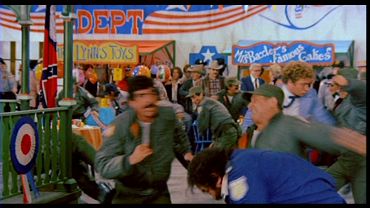 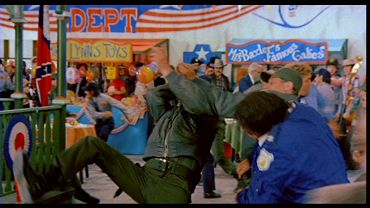 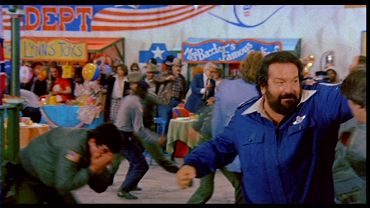 A panning shot of the brawl in the foreground was cut out. Then you hear deputy sheriff Allen saying that he would easily beat up 22 or 23 of these guys if it wasn't for an illness he suffers from (in the German version it's rheumatism).
The guy next to him says something. Then follows another shot of the brawl. 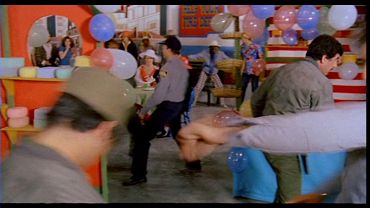 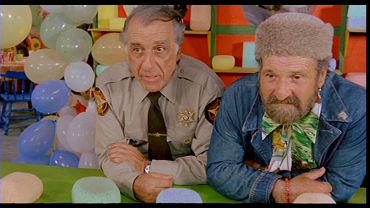 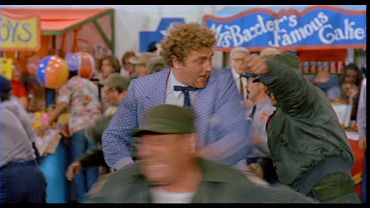 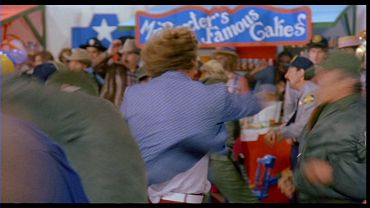 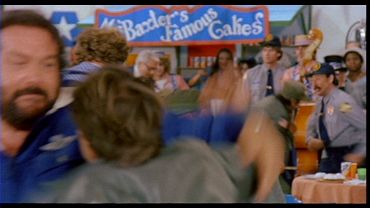 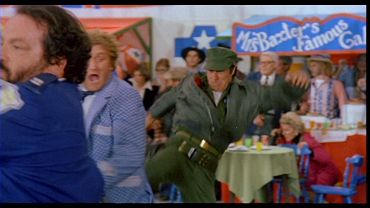 Additional shots of H7-25 and Brennan. 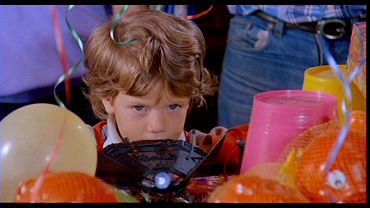 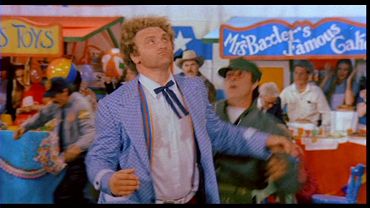 Before the soldier moves forwards with a dive, the scene before he jumps off is "rewinded" twice - H7-25 messes around with his proton beam again. 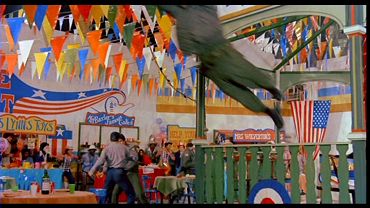 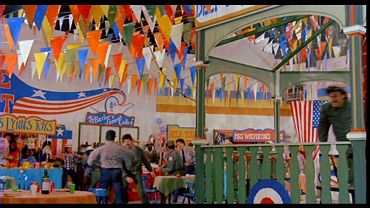 Before Brennan continues to bandy, H7-25 sneaks behind a table and places the proton beam there. 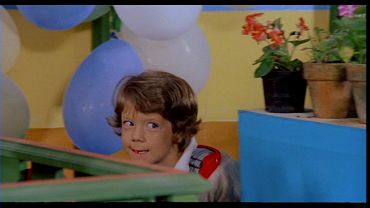 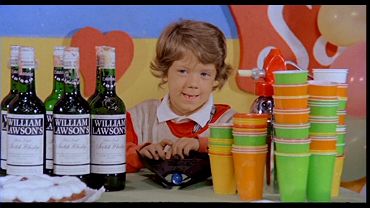 Along with the jumpcut, a few repetitions of Brennan's move are chopped. Then he throws his enemies to the front. 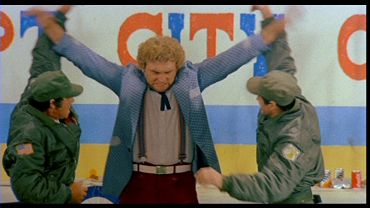 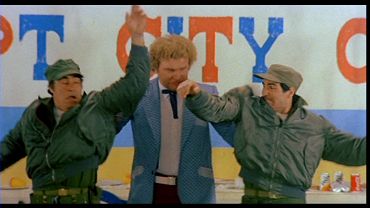 The 3L-version now includes the shot of H7-25 which was cut out at 79:41 (not illustrated again).
At least the cut during the previous scene now makes a little sense: H7-25 now starts to influence the events (the previous repetitions wouldn't fit to this chronology).

In return, the e-m-s-DVD shows H7-25 in his previous place - this is about 1 second of alternative footage from a scene that obviously takes place a little later. 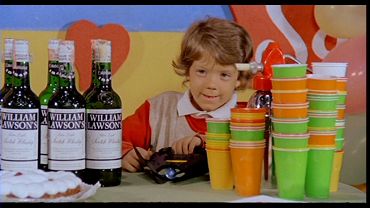 During the final brawl (where H7-25 says goodbye and is teleported back intos space) are pretty dark/take place in the evening in the older German version. In the Italian version they apparently revised the image - it looks like the scene takes place in broad daylight.