In the original, she says that she had not made any progress in search of the princess yet and that Bunny was not completely reliable. She then says that a student seems suspicious to her and Ami's picture appears on the screen. Luna has received orders to check on Ami.
In the US Version, Luna only complains about Bunny's lack of abilities. Then headquarters tell her that someone at school is suspicious and Ami's picture appears, Luna is supposed to check on her. The fact that she types something was explained with her entering a password.

[03:22]-[03:28]
Alteration+Cut
The scene the next morning was changed. Except of the students in front of the board informing about the results of the exam, the standard shot of the school (with translated sign) can be seen. 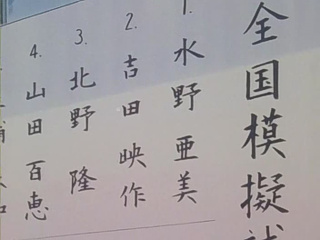 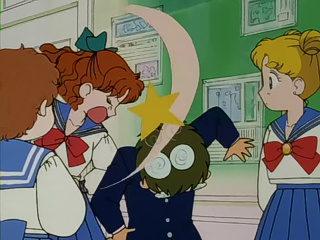 In the German Version, Bunny and Umino talk about Ami visiting the Crystal seminar. Bunny asks how she can afford it and the fat student says that she would be very rich because her mother was a physician. Umino reminds her that she does not have to pay at all because she was a honor student. Naru and the fat one say that something was wrong about Ami.

In the US Version, however, they only say mean things about Ami while Umino was changed into a total eager beaver, who only is looking for mental exercise. Especially Naru and Bunny are displayed worse because of that.

[04:43]-[04:51]
[-8 sec.]
Cut
Bunny imagines her mother reacting to her bad grades. In her thoughts, she sees Ikkuko putting her on a dog leash and commanding her to study more (in the original she says she needs to go to a crammer) Bunny starts sweating when she thinks about that. 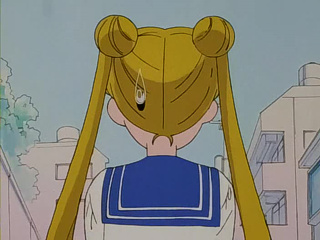 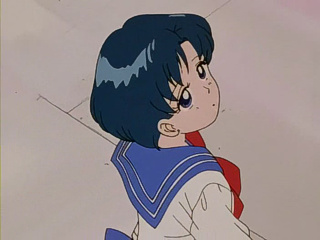 [06:08]-[06:12]
Alteration
While Bunny thinks about getting better grades when having Ami as a friend, a though bubble appears showing her as a devil because of this exploitative plan. The bubble has been removed for the US.

[06:50]-[08:10]
Alteration
The outlook of the Sailor V video game was changed completely, only the Sailor V sprite was kept.

[08:10]
[+4 sec.]
Additional Scene
This cannot be seen in the original. When Ami jumps up, we can see that the game ends because of this. 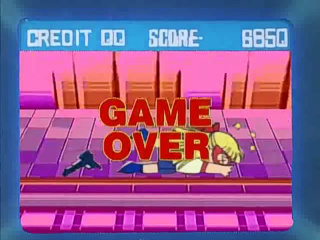 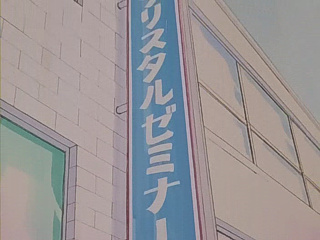 Two shots were replaced because of the many Kanjis. One of Bunny reading the poster and looking at the floppy disk and one of Mamoru talking to her and her reaction to that.

The content of the scene was changed as well. In the original, Bunny is reading the pster about the crystal disk and wonders whether this was the dis. Luna wants her to be careful and Bunny comments that Luna was paranoid. Mamoru cynically asks her whether she wants to enter this course.

In the US Version, Bunny complains that she did not want to enter that school but she had to in order to return the disk. Luna tells her to be careful but she thinks it is not necessary. Mamoru talks to her and asks whether she was talking to herself again. 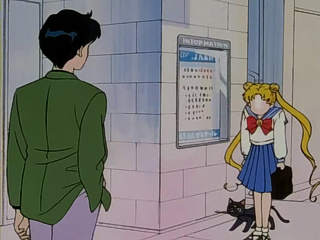 In the German Version, Luna wants that they check the disk in the computer room of the school, upon which Bunny remarks that she is unable to operate a computer. Scene change, Luna is at the computer. Bunny thinks that was great, but Luna comments sarcastically that everybody these days knew how to operate a computer. Eventually, Luna hacks the program and when the two her Jedite's voice they know that the Dark Kingdom is behind it.

In the US Version Luna wants them to enter a computer store in order to check the disk and mentions that Ami might plan something. Bunny comments, then scene change and Luna is operating the computer. Luna says that Bunny could learn it but Bunny thinks it is too exhausting. When they find the program with the voice, Luna instantly says that Ami was behind it. 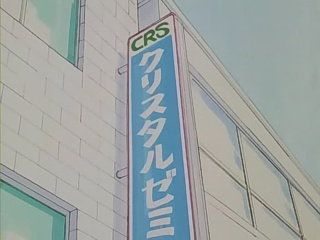 In the original version, the Youma starts asking Sailor Moon typical school questions, firstly about Newton. Her answer is wrong and the Youma starts shooting at her with razorblade sharp school certificates. She does not get te right answer until Luna tells her, the shooting then stops. However, the Youma asks the enxt question and when Sailor Moon fails again to answer it correctly, the hypnotised students attack her.

In the US Version, the Youma presents her with an arithmetical problem. Sailor Moon does not want to answer because it is not her teacher and then she is being shot at with the school certificates. Bunny is getting cocky and ends up in a corner. The shooting stops without reason. The Youma gives her two options: surrender now or later. Bunny refuses and the Youma sends the students against her. 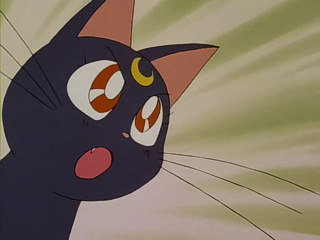 [15:57]-[15:60]
[-3 sec.]
Cut
Sailor Mercury's transformation was cut a bit. It is rather obvious that this was done because of her body being a bit too visible, too visible for the US Fee TV that is. The cut will be repeated in the next episode, but only here will I include the pictures. 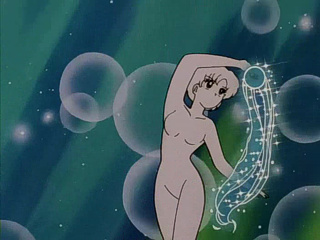 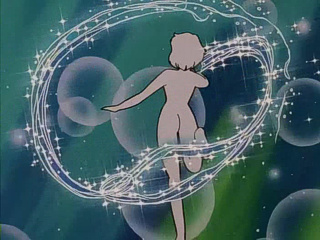 [17:25]-[17:28]
[-3 sec.]
Cut
When the Youma falls apart it is missing how Mercury's fog dissolves, because then the Katakanas on the windows become visible. 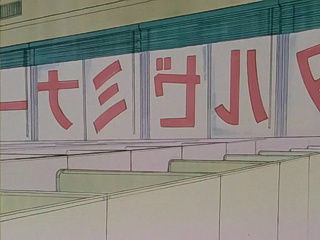 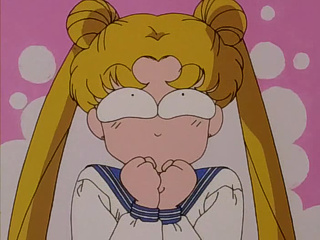 This episode mentions the brutal Japanese school system. Students are under enormous pressure to always have the best grades like machines, the human factor and health are not being seen as important as success. The chat between Jedite and Queen Beryl and Bunny imagining the reaction of her mother are clear indications for that.

The crammer school (Jap. "Juku") is only there in order to intensify this system f pressure. Many parents send her children to these schools after the regular school hours, filling almost the whole day with studying. 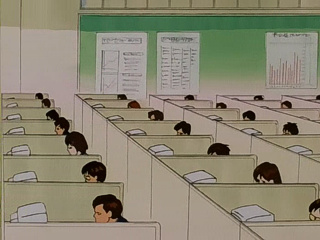 Ami Mizuno is by far the most ppopular main chararcter. The reasons are clear: Ami stands for diligence, modesty and reserve. All these are traits highly valued in Japan.