The topless women at the beach whom you can stare at with binoculars all have stickers on their nipples. Since all details are hardly visible even in the game itself, it does not really make sense to include pictures of it. We still tried though:

If you play around on the computer for a while, you will in the uncensored version see a screensaver of a topless woman. In the Japanese Version she wears clothes.

(Later in the game you will run into such computers with the identical censorship again. Thus, this will not be illustrated again.)

Somebody left a titty-magazine in the church of the abandoned Western city. The Japanese Version lacks some details.

(Later in the game you will run into such magazines with the identical censorship again. Thus, this will not be illustrated again.)

Another magazine cover was censored for the Japanese Version. The nipples were entirely retouched (they even took care of the one that was mostly covered up anyways):

Even the Borderlands easter egg was altered: For the Japanese Version they edited out the head of the bandit psycho. Thus you only see his mask lying around. In order to see everything a little better, we brightened the screenshots up.

At the beginning of the level, the Cycloid Emperor squashes the US president and his bodyguards. In the uncensored version you see blood and body parts flying around. In the censored version, however, there is no blood and the people do not get suqashed. Instead, they "ragdoll" around and fall to the ground.

After playing through the game for the first time, you will see that some bonus material gets unlocked. Some of the concept art was censored for the Japanese Version.

... could not be tested out since it appears as if no one in Japan seems to play Duke Nukem Forever online anymore. If there is ever going to be an online match, we will update this report as soon as possible.

Every now and again, the censorship was done sloppily. Here are a few examples:

There are several levels where you see corpses lying next to their severed limbs. Since you can not cut any limbs off of people in the Japanese Version, one should normally have edited out all of them. However, this was not the case which leads to situations like this:

This is sort of an addition to the previous example:

In the lobby you can see an EDF soldier with a severed leg. Blood constantly splashes out of the stump and if you get too close to the guy, the field of vision will get messy, too. In the Japanese Version, the leg is still in its place, however, blood coems out of the knee regardless of the alteration. It seems as if he hit against a wall quite hard...

Even though the Japanese censors were quite precise when it came to evil nipples in "their" game, they - for whatever reason - did not seem to notice a quite noticeable part of this leves (images solely originate from the Japanese Version): 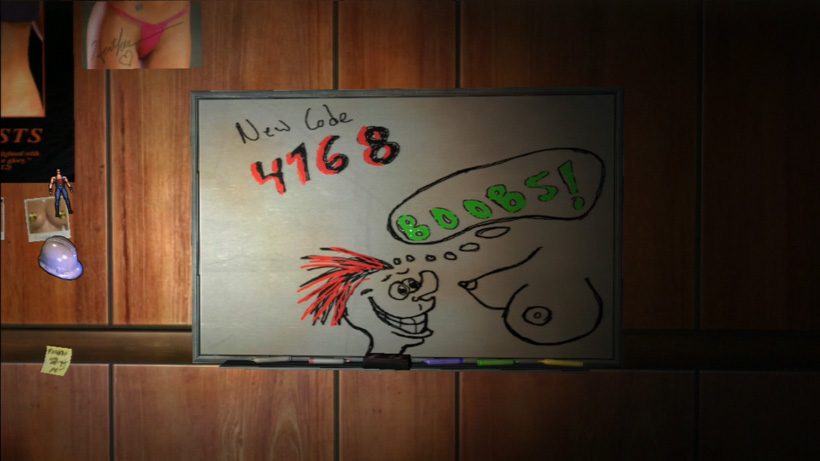 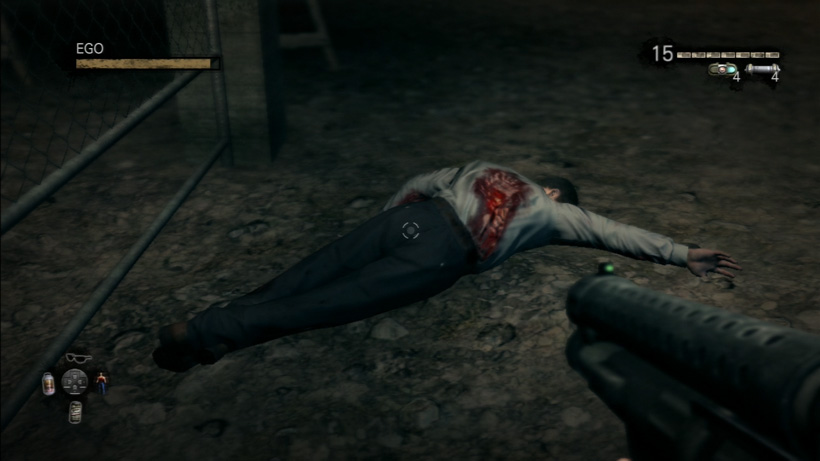 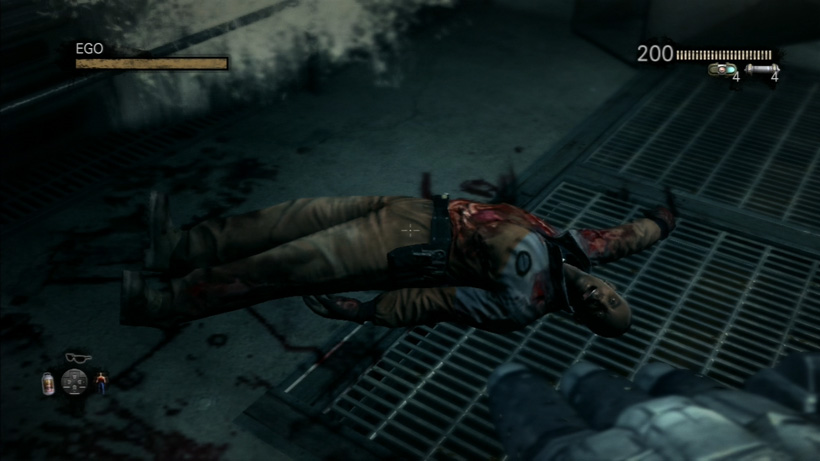 Also, at the place where you in the uncensored version just see a severed limb, you in the Japanese Version now for whatever reason see an entire corpse: