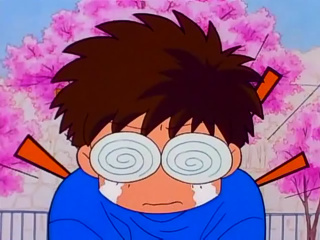 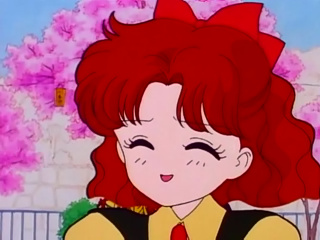 After Bunny commented the delicious state of the food, Rei taunts her that what Bunny prepared is everything but delicious. Bunny is offended and shoots back that Rei is not a better cook which now offends her. One can see why: Rei brought along fastfood. Bunny goes to Makoto and asks her for some food. 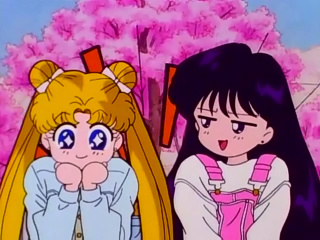 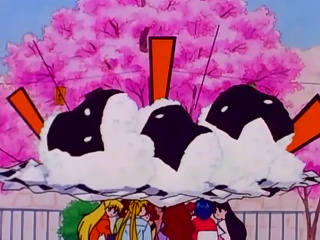 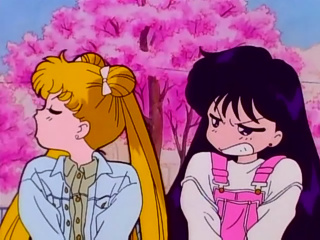 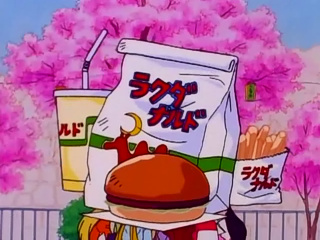 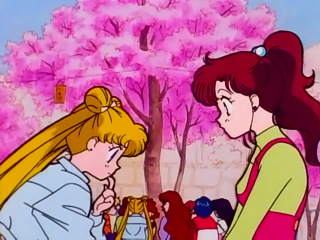 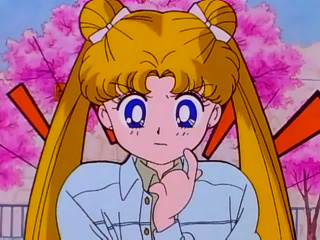 Rei makes fun about Bunny’s begging and speaks about her cooking skills in a scornful manner. Bunny is now out for revenge and prepares a sandwhich which is really hot. She hands it out to Rei who soon runs around with a burning throat what makes Bunny happy. Rei is mad about this situation and leaps at Bunny which ends in a big brawl. Luna and Artemis are observing the scenery and are yawning. 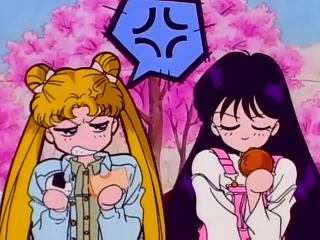 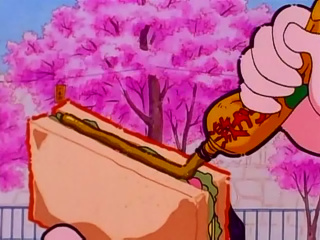 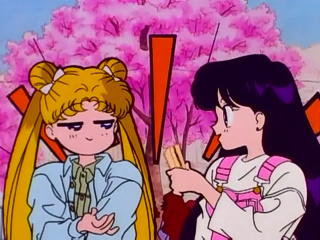 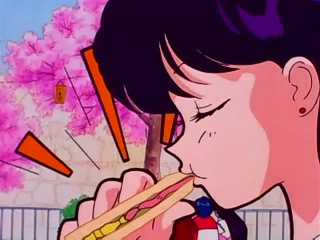 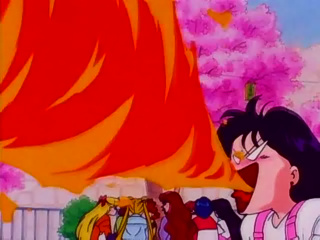 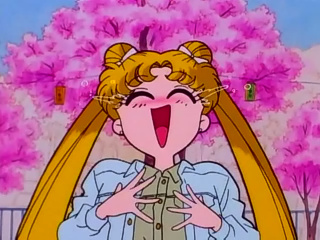 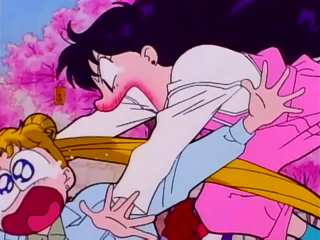 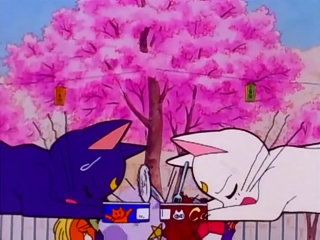 [08:51]-[08:54]
[-3 Sek.]
Cutscenes
The scene in which the Kardian catches Bunny’s friends has been cut. A view on the bewitched tree is missing as well as an intercut to the girls. 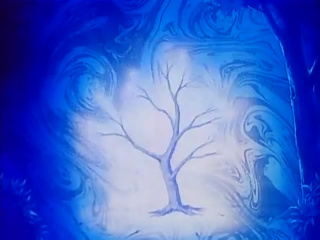 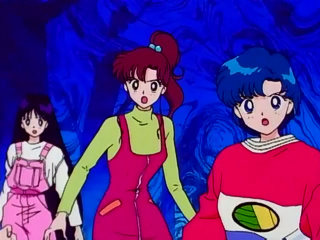 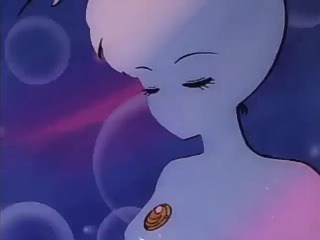 [12:40]-[12:43]
[-3 Sek.]
Cutscenes
Queen Serenity’s appearance is longer. The cut appears because one can see Bunny’s bottom and breasts. It is like a miracle this scene was not cut more heavily. 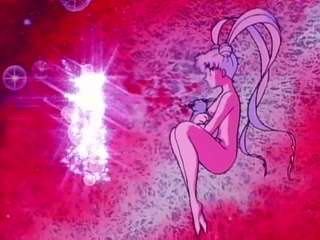 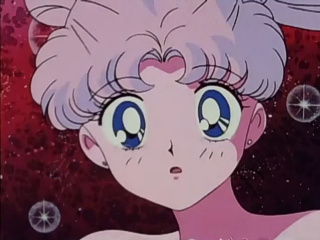 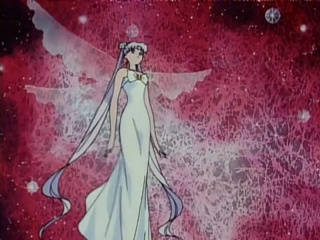 [14:47]
[+6 Sek.]
Additional scene
The American version offers an added scene of Ail and Anne how they order the Kardian to attack Sailor Moon. At the beginning the moon can be seen. 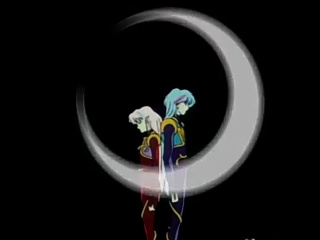