The opening credits are different, the US DVD e.g. does not use Chinese letters. The old US DVD uses the confusing alternative title Fists Of Fury.

(Background: The Big Boss was supposed to be released under the name The Chinese Connection and Fist of Fury was only supposed to be changed into Fists Of Fury. Somehow, on the way over, the titles have been switched and were included in the credits. Until today, to solve this confusion, the easiest way is to look for the plural s in the title.

The infamous Factory Run: After the workers in the ice factory have been killed and "disposed" the following shot is missing. Before Hsiu (James Tien) and the other ones ask for their missing colleagues one can see them approaching.

(The film reel containing this scene is better than the old UFA tape (partly because of the aspect ratio) but it's nevertheless pretty worn out. Because of this the shot is missing in newer releases.)

Hsiu can be seen longer and turns his head further upwards in the HKL version. The beginning shot of the manager also starts a bit earlier.
(Hsui says "First, Wong disappeared without a trace...")

The difference in running time from the last cut is being compensated when Hsiu can be seen longer here.

Before Cheng gets up, Mi can be seen a short moment longer with the knife in his belly in the HKL.

The HKL is again longer. At first the shot of Cheng with his hands at Mi's chest longer, then there is an additional camera pan along his blood smeared belly.

After 1 sec of identical material, the old version has more to offer again and shows the rest of the turn/ end of the shot.

The HKL only shows an "The End" overlay at the end, however, in the old US DVD the picture is getting smaller and the text overlays can be seen earlier.


The German UFA tape has, except a censorship in the final scene, surprisingly more to offer than both HKL and old US version.

The shot of the talk between Cheng and Hsiu starts a bit earlier. 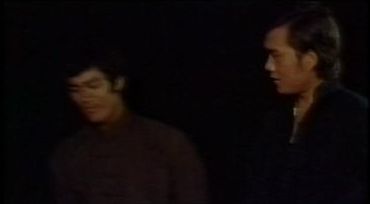 The gangsters can be seen longer before the fight starts. The guy with the yellow top continues to threaten onscreen and raises his hand again. 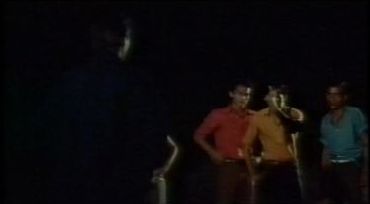 The beard scene: On the old German tape one can see Cheng and his friend longer, his friend mimics the chargeheand (beard and plait). 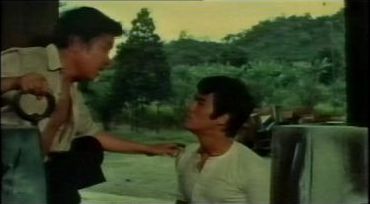 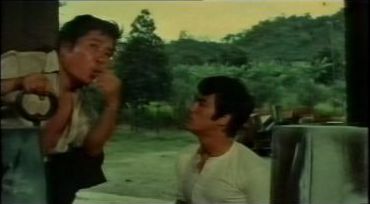 The two workers look at the managertrying to bribe them longer (because of the zoomed aspect ratio the money he is holding to him is not visible). 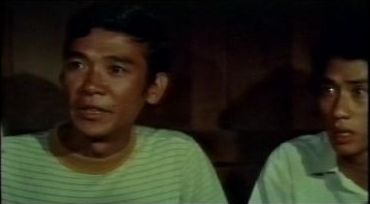 The manager can be seen shortly longer. 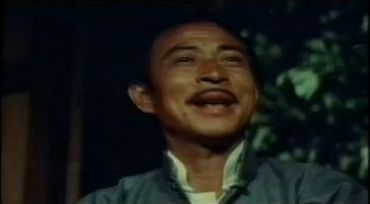 After the workers nod the following medium long view starts earlier on the tape. 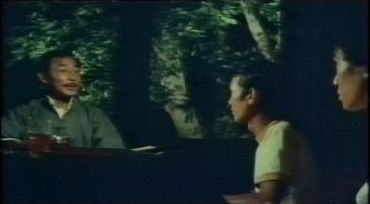 The Fabric Run scene has already been described earlier. However, the shot that is missing in the new versions is even longer here, the boys are walking longer. 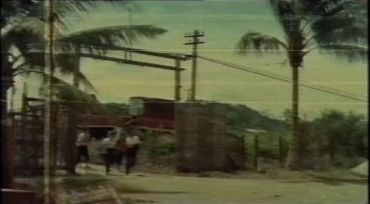 When James Tien and the managertalk both of the already mentioned shots are longer!
The German tape is therefore 3 sec longer. 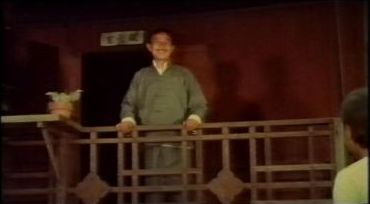 Mi answers earlier when Hsiu is complaining about not receiving any news.

In the German version he ironically asks whether he could change that, but because the dialogues are often very different in German he could have said something else in the original. 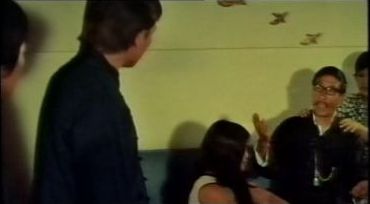 The chat between Mi and Cheng starts earlier.

In the old German version he says that it would be remarkable that no one knew anything about Hsiu (again he might have said something else originally). 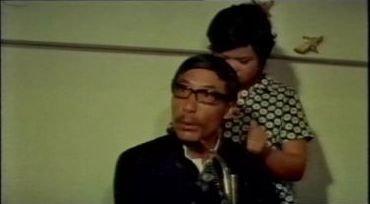 The shot of Mi starts earlier, he praises Cheng. 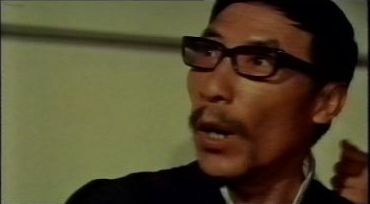 Before she shows Cheng the burning mark on her breast, the prostitute can be seen a bit longer. 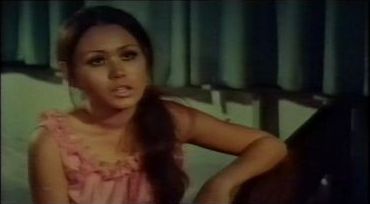 In the ending scene it gets complicated and the German version shows a mixture of the two versions already discussed.
At first we see Mi with the knife in his belly (just as in the HKL version), but then the rest of the scene is the same as on the old US DVD with only one exception when one can se a part of the camera pan along his belly.
Probably the missing part consisting of Cheng with the fingers in Mi's chest and part of the camera pan has been censored by German authorities.

All in all the German tape is 6,1 sec longer than the old US DVD.