The shot is longer. Benny is coughing nervously again. Tammy's dad instantly reacts and asks him if something it wrong and if he wanted some more food. Benny is self-conscious and declines.

(The question for food can be heard in the British edition, too. It has been moved on the soundtrack.)
11 sec 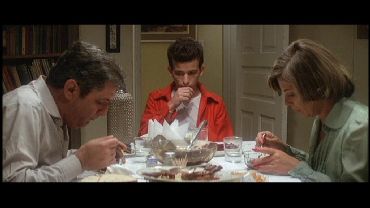 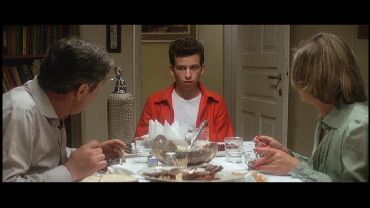 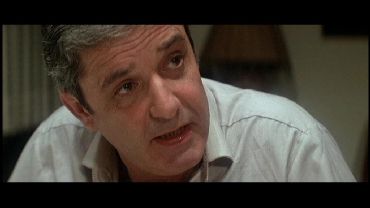 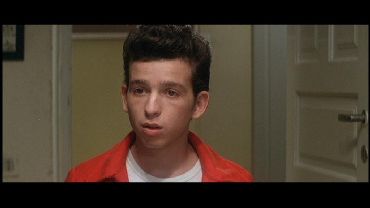 This is the formerly mentioned scene in which the German version lacks some lines of the background song.

After the camera pan to Johnny and the other the first confrontation between Shelly and Bobby is missing.

Bobby kisses the girl and then sees Shelly. He asks her if everything was alright. She declines and asks him if he felt good making out with that slut. Bobby defends himself, but the girl is unnerved and goes away. Shelly then tells him to go after her, but Bobby says that she couldn't tell him what to do. 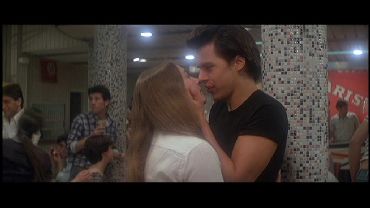 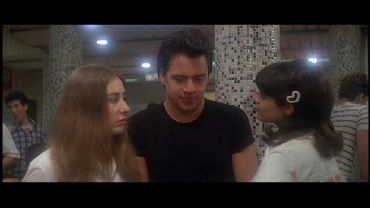 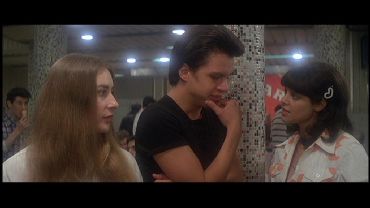 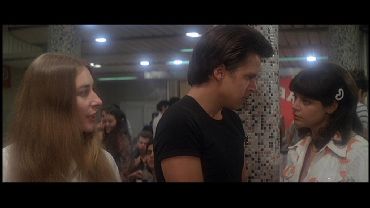 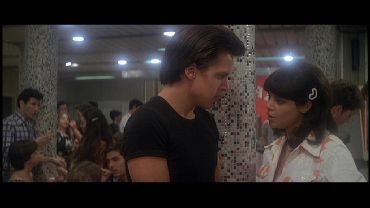 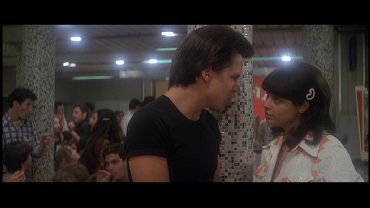 Tammy's parents can be seen a bit longer and the following shot of Benny running up the stairs starts a bit earlier, too.


Finally, a picture comparison taken from the different DVDs.